Chinese media has mistranslated everything from coverage surrounding George Floyd protests to the “Gone With the Wind” controversy.

Iris, a Chinese online film review magazine well known among cinephiles, recently published a full translation of IndieWire’s exclusive interview with documentarian Stanley Nelson on the George Floyd protests. The Chinese version, with a drastically different headline and multiple translation errors, is one of many examples of how social justice — especially racial justice — movements are misconstrued among the Chinese audience.

The IndieWire interview, in which Nelson discussed the nuances and complexity of African American movements as well as the importance of black filmmakers telling their own stories, was placed under a Chinese headline: “The African American Director Who Knows Black People The Most, Does Not Approve This Movement” (最懂黑人的非裔导演，却不支持这场运动).

The title is both misleading and dangerous. Nelson, who built his career capturing African American experience, exposing and challenging structural racism, later went on PBS commending protestors’ efforts. The misinterpretation of Nelson’s reflection on the protests goes beyond the headlines. From the original texts in IndieWire, Nelson’s “reticence to jump into the protests” was translated to “Nelson has never participated in this protest activity since the beginning (尼尔森始终没有参与这场抗议活动)”. Similar translation issues occur throughout the Chinese texts, highlighting Nelson’s “disapproval” of the movement.

“I was shocked after reading the original article,” said Ina Yang, a long-time Iris reader and a host of Chinese film podcast Loud Murmurs. “It’s one thing to pick an eye-catching headline, it’s another to straight-up mislead people, at such a sensitive moment.”

The editorial choice to turn Nelson into a disapproving voice against George Floyd protests is not an isolated incident on Chinese social media, where conservative and racist messages often run unchecked. The video from conservative commentator Candace Owens attacking George Floyd has been wildly circulating via direct messages, long articles, and posts on Weibo (China’s Twitter equivalent). Owens’ video was viewed over 100,000 times on messaging app WeChat alone (WeChat caps its view count at 100,000. The actual viewership could be much higher).

State media and Chinese officials, torn between criticizing the Trump administration and condemning the Hong Kong-style decentralized protests, have taken both paths to sow divisive content on Chinese and international social media. On one hand, state media tend to emphasize the violence of the protestors as a way to justify China’s tough position on the Hong Kong protest; at the same time, Chinese outlets and diplomats also use American protests as a propaganda opportunity to challenge the Trump office.

Chinese netizens also actively discussed the George Floyd protests, which are subject to less government censorship than similar protests happening in Hong Kong. Despite efforts to build solidarity and provide context to America’s systemic racism, some influencers initiated Weibo campaigns and coined hashtags like #AsiansMatter, posting yellow boxes to demand more attention without acknowledging the cause from the African American community. 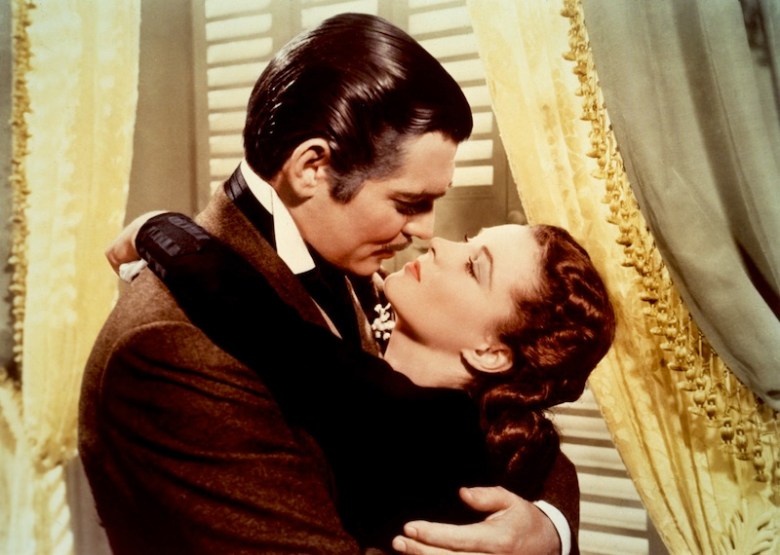 “Gone with the Wind”

A major theme in the discussion is the condemnation of “political correctness” in film and literature, which has become a recurring topic among the Chinese public, especially when it is in favor of black people. In the past week, Chinese social media has overwhelmingly deemed HBO Max’s temporary suspension of “Gone With the Wind” as “an act of Cultural Revolution,” and compared the move to  “Nazi-era book burnings,” while “Friends” creator Malta Kauffman’s reflection on the show’s lack of diversity was sensationalized with the headline “There Should Be Black People Leads. ‘Friends’ Producer Apologized in Tears for the Lack of Diversity,” gaining nearly unanimous criticism about “overcorrection.” In Weibo’s retweet section, some also made racist connections to “Moonlight,” as if to imply the film’s popularity was tied to political correctness.

This fury and widespread rejection of black representation are deeply rooted in the environment: Most Chinese audience is more familiar with censorship than racial tension, and in-depth conversations about race are still rare. In addition, the robust young audience — who are generally considered more liberal in China — grew up watching Hollywood films and pirated American shows like “Friends.” They were imbued in white American culture without the visceral experience of being a minority. This has led to some prevalent discourses defending the whiteness on screen and made it difficult to engage in more nuanced talks about race.

“The culture that you grow up in doesn’t tell you it’s wrong. That’s it,” said Yang, who hosted a Chinese podcast episode discussing Green Book’s “white savior” controversy in the US. In China, the movie did not receive similar pushbacks, and the soft tone glossing over American’s racist history partially contributed to the film’s impressive $71 million Chinese box office.

One of the most extreme examples of this insensitivity happened in 2018, when China’s most-watched TV program “Chinese New Year Gala” presented an actress in blackface in front of over 800 million people. A Chinese comedian, wearing dark makeup and donning huge fake buttocks, played an African mother praising Chinese-African cooperation on live television. Similarly, a 2016 TV commercial for clothes detergent showed a black man being stuffed into a washing machine and got washed into a whiter, Chinese guy. In 2015, “Star Wars: The Force Awakens” was also under attack for allegedly shrinking and downplaying the black character on the Chinese poster.

But such racist acts, whether subtle or blatant, had received much more criticism from overseas than within China. However, it’s only a matter of time before the Chinese public must face tough conversations about race, both on-screen and off. It’s not just about new movements reshaping Hollywood, or Chinese investors and consumers’ bigger roles in the more diversified film industry. China is already a popular new home to immigrant workers from Africa: In Guangzhou alone, it’s estimated over 200,000 Africans are dwelling in the city. And the reluctance to understand black experience has already become an underlying hotbed for racist policies, hatred, and police brutality as well. While Hollywood continues to reckon with decades of racism, it’s clear that China has a long way to go before it catches up to that conversation.

Sign Up: Stay on top of the latest breaking film and TV news! Sign up for our Email Newsletters here.