I don’t know what I expected Betsy Rothstein to look like, but I guess I wasn’t expecting a woman who made her living filleting media personalities and nurturing feuds to be so tiny in stature. When she approached me on the grass outside the Capitol building and introduced herself, I almost burst out laughing. She was delicate — almost bird-like — with a sweet, girlish voice. I can’t remember what exactly we were both doing there. It was some kind of rally, and we were surrounded by protesters and people dressed up like soldiers in the Revolutionary War. This was 2014, what would turn out to be the last semi-normal year in American politics. I’d only been a part of the Washington press corps for a few months, but already I knew about Betsy, having learned about her, as many young journalists did, when she wrote about me in her gossip column. I knew she was regarded with a mixture of fear and contempt. I also knew that my colleagues read her, scanned her copy for their boldfaced names. I did the same.

Betsy was a professional thorn in the side of Washington media figures, whom she covered at the Hill, and then Fishbowl DC, and then the Daily Caller. Nora Ephron once said that when she watched TV news, she did so wondering if what she was seeing was actually a romantic comedy. Betsy watched the political media as if it was a sitcom. She was always looking for characters, preferably ones that amused her. She thought we were all silly. She was chronically wrong on the minor details, but on this larger point she was always correct.

I don’t know how it happened exactly that we became close. I remember there was a time when I’d preface my texts to her by reminding her that we were off the record, and she’d say, exasperated, “Of course we are off the record!“ And then that was no longer the case, and I was trying to make her laugh while she drank some kind of chemical smoothie that looked like nuclear waste ahead of a scan. What kind of crazy person allows the worst driver they know to man the Mini Cooper on the way to an appointment designed to confirm that they are not dying? But then she could find the humor in anything. There was a piano in the lobby of one of the hospitals, one of those pianos that plays itself. The comically grim suggestion was that a ghost was performing for the waiting room, for the people terrified they’d soon be ghosts themselves. She’d send me live updates from the ghost’s set.

Looked at one way, our friendship was about death. Betsy had cheated it before. She hated to talk about that. She did not want your pity, or mine. She hated the meaningless jargon we use in conversation with the very sick. She hated to hear about good vibes, positive thoughts, thoughts and prayers. She hated fakeness in all its forms. We would gossip, we would make fun of people, and we would talk about death. We seemed to go from not knowing each other to knowing each other in this way overnight. By which I mean, I never even learned exactly how old Betsy was. We would talk at all hours about her father, and mine, who died in 2015, and then about her mother. She was a caretaker. She hated the indignities endured by the dying. We talked about the strangeness of this, of what’s here and then disappeared. It is very scary to peer into the void. Betsy held my hand and I tried to hold hers.

But looked at another way, our friendship was about the desire to be alive. To use some meaningless jargon she’d probably hate, she had learned to value the things we take for granted. The ability to enjoy an iced green tea at the sidewalk cafe. To lie on the beach. To marvel at the rhinestone at the center of the plastic flower of a gift shop keychain. Or at the way the sun illuminated her dog Whiskey’s fur. To make friends and find joy with the people around us without knowing if you agree about anything supposedly important. To laugh at the stupidity of an evil former coworker (whoever you think I’m referring to, you’re probably correct). To show up for the people we care for, and to hell with anyone who doesn’t understand why we do.

Betsy had confronted the idea that she might not live, and she had chosen to try very hard, to suffer, to continue to be a part of this world. She wanted to live more than those of us who do not have to consciously register our will to live each day. She was taken out unwillingly. She did not “lose a fight” or “lose a battle.” We did. Those of us who loved her, robbed of her spirit and originality. Robbed of her delightful strangeness. And those who feared or loathed her, spared of her bite, unaware that they have lost something vital, too.

Betsy was a superstitious person, as anyone in her predicament would probably be. I’m superstitious, too. After her mother died, Betsy would find feathers everywhere. When I’d find one, I’d send her a picture. This became a running gag — the absurdity of searching for meaning in the stray feathers, a metaphor for the cruelness of the world, that the mystery of our loss can reduce us to such kooky behaviors.

The last time I saw her, I said, I’ll see you soon? She told me, “You’re going to be drowning in feathers.” I wanted to kill her. Her detractors always talked about her with annoyance, as if to ask, Won’t she just go away? But it seemed impossible that she could ever not be here. Could ever become something that I search for. And then she looked at me and let out her mischievous, elfin laugh.

I’m sorry that she didn’t get to stay long enough to share more of herself with the world. But maybe that says more about me than it does about Betsy. A lot of people claim they don’t give a fuck. Betsy truly didn’t. In an industry defined by self-seriousness, she was unafraid to point and laugh. And she didn’t care when she was laughed at. It was an honor to love Betsy. And to quote Betsy’s hilariously devastating response when I last told her I loved her: She said, sweetly, “I know.” 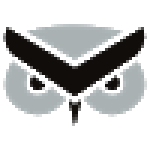